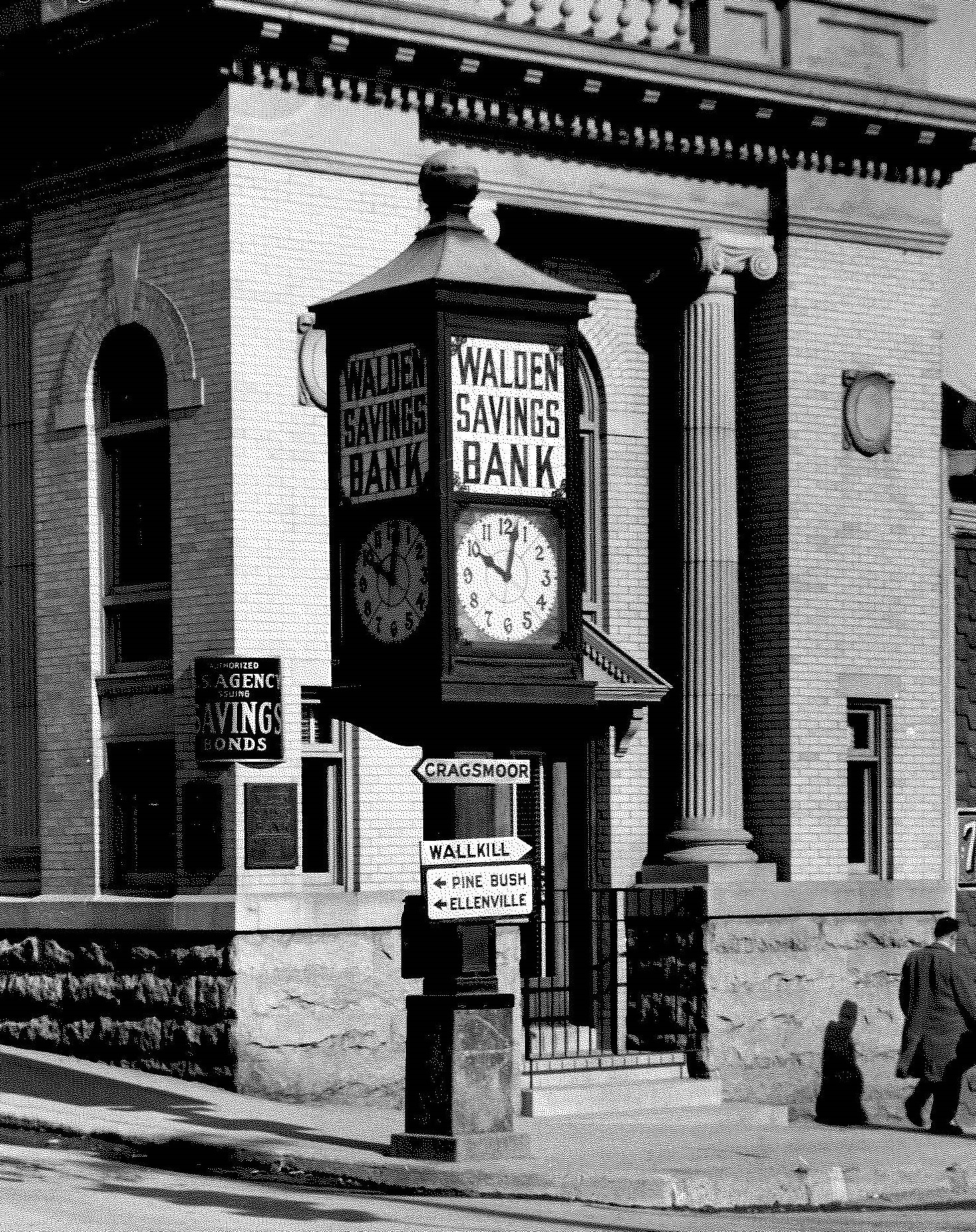 About Walden Savings Bank’s Historic Clock
• The Walden Fireman’s Monument currently outside of the Josephine-Louise Public Library was originally in front of the bank until replaced with the Chime Clock in 1925.
• The intersection where the Walden Savings Bank branch and clock sit was considered a landmark and often referenced by local travelers.
• Commonly associated as the “bank with the chime clock”, this was later adopted as one of the bank’s slogans and became a regular feature in advertising during the earlier years.
• The Chime Clock was modernized in 1962 and was subsequently restored to its historic look that still lives on today.
• Being dormant for nearly 30 years, the Chime Clock will ring once again to mark the bank’s 150th Anniversary on Monday, April 25, 2022.

Thank you for subscribing!